Bitcoin (BTC) has been drilling for more than one month now. It had earlier reached a high of $ 8300 almost before falling all the way back to $ 7100. Just a month back, it was trading around $ 5340. That is why even after the fall, none of the traders or the investors were really complaining. However, there was a fear that the rally might come to a stall for the media. It seems like it was just a downward impulse. Today, Bitcoin (BTC) is trading around $ 8015. It is up by 1.43%. It looks like it has recovered all the losses in the near term. The question which remains is whether it can once again reach a new high by taking over the recent high of $ 8300.

Bitcoin back above $8000; Is it time for another rally?

Throughout the recent rise and fall, the volumes of Bitcoin (BTC) have been on the higher side. It clearly indicates that there is significant participation from the investors throughout the rally. Even during the fall, the volumes did not decrease by that much. It means that most of the investors think that it is a huge opportunity to buy Bitcoin (BTC).

For the rally to continue, it is very vital for Bitcoin (BTC) to surpass the older high of $ 8300. It must do so with heavy volumes. Only when it can stabilize above $ 8300, it can reach to newer highs. Up until that point in time, it will be just moving in a narrow range of $ 7100 on the lower side and $ 8300 on the higher side. While this range is also 15% but unless the support of $ 7100 is not broken or the resistance of $ 8300 is not broken, it might not move beyond this range. That is why, if you’re trying to understand the performance of Bitcoin (BTC) in the near term, it is crucial to keep a watch on these two levels. It will help you decipher the movement of Bitcoin (BTC). 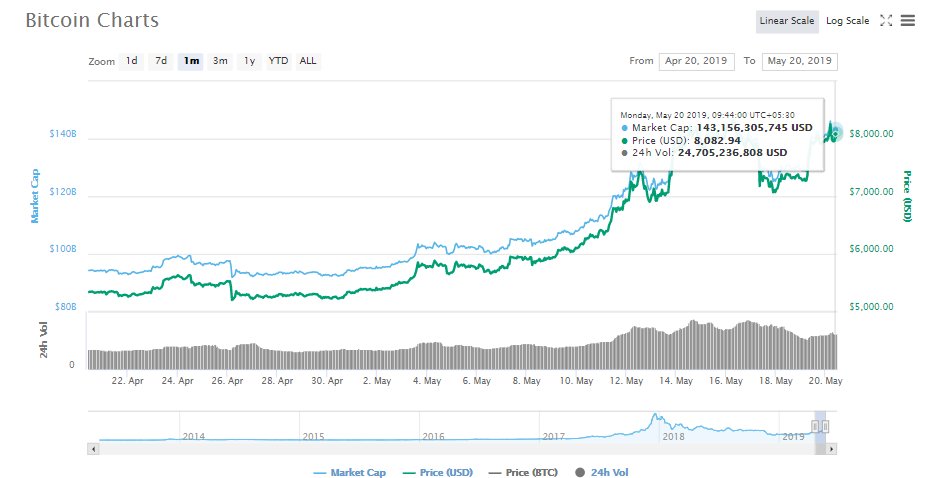 Only once Bitcoin (BTC) can cross the resistance of $ 8300, can you think about another rally. Till that point in time, it can be in a narrow range.