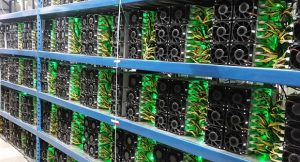 According to him, the main reason for this sudden rise in cryptocurrency mining is the sudden increase in the price of Bitcoin. He further added that there are many companies looking to buy power between 10 MW to 20 MW.

The amount of power required by Bitcoin mining hardware is immense. It also requires heavy cooling. The need for cooling is minimized due to the cold weather. This automatically makes mining in Iceland much more conducive. Currently, cryptocurrency mining is also undergoing a tectonic shift. The proof of work system is being replaced by the proof or stake system. This will be conducive for miners using renewable sources of power.

In Iceland, there are quite a few local cities which are attracting big mining operations. One such city is Keflavik, which is a coastal town. It is home to some of the biggest mining operations in the country. As these mining operations are exposed to elements of weather, natural cooling is possible.

This phenomenon is not just exclusive to Iceland. In the United States, mining companies are moving to Washington to make use of the cheaper electricity. This resulted in the grid of the State becoming overloaded requiring it to buy 100 MW of extra power. Similarly, cheap electricity attracted bitcoin miners to New York as well.

According to a member of Iceland’s Pirate party, Smari McCarthy, the government might look at taxing the cryptocurrency mining profits. According to a viewpoint, Bitcoin mining is akin to creating value for the economy.

In the longer term, however, authorities are not sure how cryptocurrency mining can actually help the economy.