The Russian Association of cryptocurrency and blockchain and VEB bank of Russia have come together to create a guarantee for ICO investments. According to a local newspaper by the name of Izvestia, this would be one of its kind systems. It would guarantee investments which are made in ICO’s.

The bank, as well as the Association, is working along with Crowdhub to create a system which would also involve an escrow account. This would ensure that the ICO funds are accessed by the start-ups themselves. This would considerably reduce the risk of hacking or any kind of false ICO propaganda. 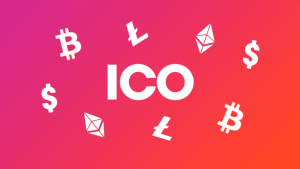 Currently, the institutions are in the process of drafting the legal terms and conditions of the system. The stakeholders further highlighted that once the system is ready, it would be tested for at least 3 months. The project is slated to go on stream in March and thereafter, it would be tested.

Companies who intend to launch an ICO would be opening an account with Crowdhub. They would thereafter be opening a Globex escrow account. The final step for the companies would be to create a cryptocurrency wallet. The investors would then head over to the Crowdhub website in order to invest in the ICO. The funds would be diverted to the escrow account.

In related news, the Russian Ministry of Finance recently announced that the maximum amount which can be raised by any company with the help of ICO should not cross approximately US$ 17 million. Thus, when it comes to ICOs as well as cryptocurrencies, Russian authorities seem to be much more proactive as compared to other countries. This is the reason why it is expected that the regulatory framework in Russia would be developed a much sooner. This is a huge positive for Russian cryptocurrency and ICO investors.