On a Monthly basis, Stellar lumens (XLM) has been able to move from $ 0.083 to $ 0.13. While this move might seem spectacular but when you look at the one-year performance of Stellar lumens (XLM), you might be astonished to know that it has fallen all the way from $ .30-$ .13. It has not even raised the halfway mark of its earlier high. That is why; many investors are asking the question what is hampering the growth of Stellar lumens (XLM). We will today try to decipher the same. 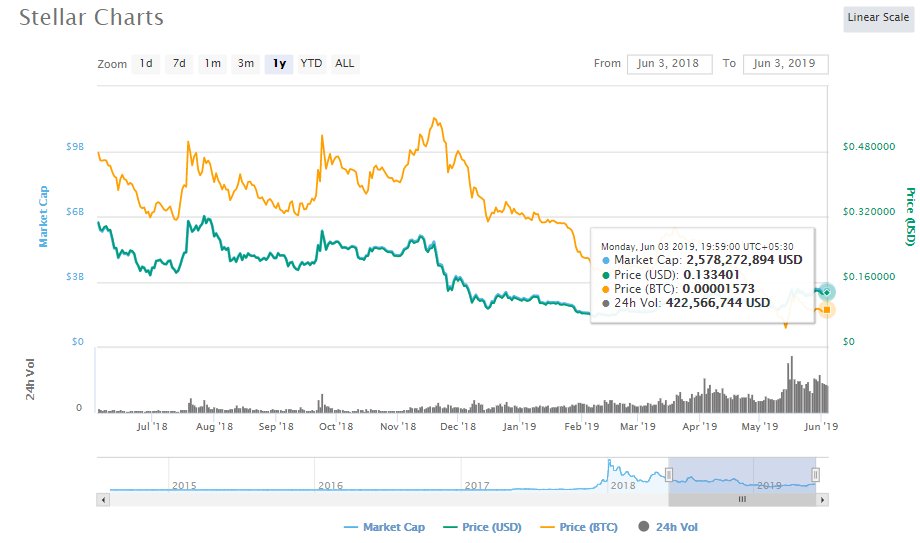 What is hampering Stellar Lumens?

If you have been following the news around Stellar lumens, you will realize that there have been quite a few fundamental developments as well. The number of partnerships is also increasing. In spite of that, it has been able to recover partially only. When you look at the yearly high, it is quite a bit away from those levels.

Is increasing competition taking a toll?

One thing which you have to keep in mind is that space which Stellar lumens is trying to dominate is currently dominated by ripple (XRP). While Stellar lumens has been able to make some heavy-duty partnerships but they are still not enough to increase the traction for it. Moreover, in many cases, these partnerships have not fructified into an actual increase in volumes. It is one of the main reasons why Stellar lumens (XLM) is nowhere near the yearly high.

Everything is not lost, however. Many investors are pitching their hopes on the tie-up with IBM. That is what we will highlight next.

Will IBM Play a role?

In the future, IBM is sure to play a dominant role in the increasing popularity of stellar lumens. The only bit of problem is that when the actual product will be launched and offered by IBM is still not clear. It is under development. The blockchain of Stellar lumens will receive a huge boost once IBM and remittances solution gains more momentum. It will tremendously increase the volume of Stellar lumens and the usability of the blockchain. However, until that point in time, it can play 2nd fiddle to ripple.

In a nutshell, the in-roads made by ripple and the reliance of Stellar lumens on just a single heavy-duty partnership is causing it underperform currently. Only when it can gain traction either due to the partnership or by partnering with other heavyweights, it can start outperforming.

About Riddhi 224 Articles
I am an electronics engineer and follow the crypto space closely.